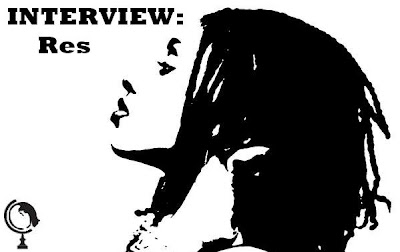 For a moment there, Res was the future of music. Angular, tightly wound R&B songs that could easily cross over to a pop or even a rock (!) audience, a rare kind of hybrid that somehow managed to exist in the major label system without compromise. Entertainment Weekly even gave her standout single "They-Say Vision" a perfect A rating, all while the rest of her songs wound up riding on unbridled heaps of critical praise. Everyone was expecting that fated debut album How I Do to blow up big time -- but instead it stalled on the charts and at radio. No one knew exactly why such an infectious, dynamic sound failed so flatly, but Res soon disappeared.

In 2008, however, there was one helluva sea change: via her MySpace page, Res released Black.Girls.Rock, the smart, logical expansion of her sound, all released directly to her fans without any label support. In the years between her two albums, Res could be seen singing backup for Gnarls Barkley and participating in a small flurry of side projects, but as time wore on, something became even clearer: How I Do was slowly becoming a cult classic, and deservedly so. Speaking to Evcat, Res discusses how she has come out wiser from her major-label experience, enjoys the spotlight more than the side-role, and how she hopes her songs will touch you in a way that John Mayer's tunes touch her ...
+++
>>In the latest issue of Fader Magazine, there's a photo of a staff member holding up a vinyl copy of How I Do, noting its unique critical standing given the years since its release. To what degree has this album defined your career? Given all that happened with its release, is there anything you would have done different?

I think How I Do will never go out of style and to some is a classic ... so I'm super proud of that album and the other artists that were involved ... That album started my career and gave me a place in the industry. I don't think I would change anything or do anything different.

>>When describing your style to others, I often find myself using the phrase "She writes R&B songs that think they're rock songs" more often than not. How would you define your writing style?

My style is that I don't have a style and that I am a beginner at writing songs. I don't have that much confidence in my songwriting and had to be pushed pretty hard to write ... I know I have a voice and life experiences and the confidence to turn all that into a song a sing it ... so that's what I do ...

>>You recently released Black.Girls.Rock via your MySpace and your MySpace only. What made you decide to release it this way instead of via traditional outlets (iTunes, CD shops, etc.)?

Right now I am not signed and that was the fastest way to get the music to the people ... and the cheapest way!

>>During the years between your releases, you've popped up on various soundtracks and have toured with Gnarls Barkley -- what has it been like working with other artists in a supporting capacity? What's the most valuable lesson you've learned?

It's always fun to work with other artist in all capacities ... Gnarls Barkley was the first time and only time I ever sang background vocals. It was great sometimes and at other times it was trying ... I am more comfortable in the "spotlight" than [the] background. I tend to "do too much" or "sing too loud" for a backing vocalist ... but I learned to be humble and to enjoy traveling the world for free and not having to do but 10% of what I can do on stage!

>>What song of yours are you proudest of?

Wow that's a hard question ... but I remember being suprised about the song "THERE'S No WAY" ... for the lyric ... it summed up alot of feelings and events for me in 3min ... it made me think of John Mayer and how his songs make me feel!

My biggest regret would be firing my old manager Corey Smyth ... it's one of those "you don't know what you had till it's gone" ... and my biggest accomplishment is winning 8 Grammy['s] in 2010! Oh and rocking the Super Bowl that same year! Lol

Visit Res' Myspace.
Posted by Globecat at 6:00 AM